What Caused the Final Death of the S.S. Admiral Today 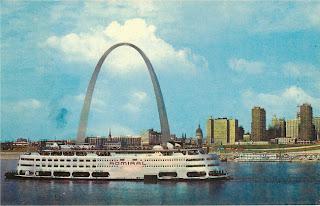 The 5-deck steamer the S.S. Admiral is being towed to the scrap heap this morning. And my overwhelming feeling is sadness, profound sadness. But there is an analysis to be done here so I am going to roll up my sleeves and do it.

The Admiral was an art deco masterpiece. A river-cruising experience that St. Louis offered for decades that you couldn't get anywhere else in the world. My favorite of the five decks was the grand ballroom. I can still feel the air-conditioning hitting my body as I pushed into the ballroom through gold- and silver-studded leather swinging doors. 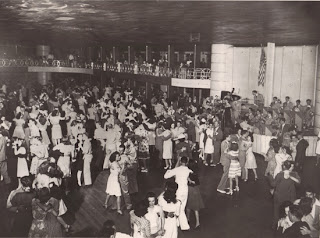 So, of course, the City Leaders are dropping the ball. This should prey upon the conscience of any City Leader of the last 35 years.

However, to be fair to said City Leaders, there were societal factors that precipitated its decline.

The one difference about the Admiral from other nightclubs and amusements was that even though there were anywhere from 2-4 thousand people on the boat at a time, you kind of got to know the the different groups of passengers by the end of the cruise. And if you got into a tiff with anyone (which sometimes happens with drinking), there was no GETTING OFF THE BOAT. You were stuck for four hours. Nor could the police *throw* someone off the boat. In addition, the boat was so huge, and had all that engine apparatus, ... therefore there were plenty of little nooks and crannies where "stuff" could happen. (Not liked the pre-laid out Nuremberg-like environment of today's concert halls like Riverport or the Pageant.)

Thus, when in the latter half of the 20th century there started to be fundamental disagreements about standards of dress, etiquette, profanity, tolerance of crime levels, drugs, etc., there were fewer and fewer people willing to commit to four hours on the boat with total strangers. Especially when you were being asked to pay a lot of money (which is what you really *ought* to pay for such a rich experience/plus what it must have actually cost the boat-owners to be able to maintain such a colossal ship).  The tidy sum that paid teh cost for a chancy Admiral experience could have paid for the cost of a consistent steak dinner at a land-bound restaurant.

Those of us who appreciated the utter beauty of the Admiral would have been happy to pay more, plus "deal" with our ship-mates come-what-may. But as for the vast majority of St. Louisans to whom the Admiral just a happy childhood memory, and who were ready to put off so-called "childish things", the freight was too much to bear.
Posted by Emmett McAuliffe at 9:56 AM No comments: